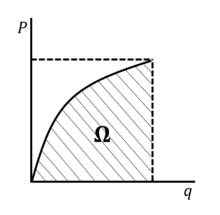 Wind, sun-based, and geothermal energy are developing quickly, yet the world will likewise keep on depending on petroleum derivatives for quite a long time to come.

A universe of spotless, solid, and safe energy isn’t around the bend. Truth be told, as per the data assembled by Looking Ahead: The 50 Global Trends That Matter, a yearly summary of information and illustrations on subjects going from financial aspects to demography to energy, most of the planet’s Power to Choose needs will, in any case, be fueled by coal and gaseous petrol in 2040—notwithstanding solid development in non-hydro renewables like a breeze, sunlight based, and geothermal. The report likewise anticipates that the shale phenomenon should decrease, with Saudi Arabia reasserting itself as the world’s driving oil maker by 2030.

The book subtleties an energy universe of interruption and logical inconsistency blended with coherence and a scramble of expectation. For instance, as the world again tries to devise available resources to check the ozone-depleting substance emanations related to environmental change, Looking Ahead gauges that non-hydro renewables could too much the worldwide force supply by 2040 (the figure for 2012 was 5 percent of worldwide force age). Also, the improvement of renewables isn’t only a rich-country pattern. Among the individuals from the Organization for Economic Co-activity and Development (OECD), which for the most part incorporates exceptionally created nations, renewables are extending by 4.6 percent a year. Among those outside the OECD, the figure is 7.4 percent. In the following 25 years, renewables will represent an expected 43 percent of Africa’s new power plants, 48% of Asia’s, and 63 percent of Latin America’s. only Asia is projected to add 1,587 renewable-power plants, nearly as numerous as the remainder of the world joined.

Here’s the inconsistency. Even after that blast in non-hydro renewables, the International Energy Agency (IEA) gauges that the area’s all-out portion of worldwide power age will be just 17% by 2040 because coal (31%) and petroleum gas (24%) will keep on being a minimal expense and dependable wellsprings of force (Exhibit 1). That 17% projection could be below—the IEA has reliably thought little of the development in renewables, and if the world made an extremely forceful move on environmental change, the IEA figures it very well may be just about as high as 31%. In any case, even in that situation, non-renewable energy sources are still a lot of things to come (30%).

With regards to another large petroleum product—oil—there has been changing, yet the drawn-out viewpoint is business as usual. In 2014 and 2015, the United States surpassed Saudi Arabia as the world’s biggest oil maker, on account of the gusher of creation from shale resources. Undoubtedly, the improvement of shale has been problematic to world oil markets, adding to supported low costs. However, Looking Ahead accepts that set of experiences, or if nothing else, geography, will reassert itself. By 2030 or 2035, it predicts that shale creation is probably going to start to decrease and that the Organization of Petroleum Exporting Countries (OPEC) could have returned to deliver a large portion of the world’s oil. Undoubtedly, given late low oil costs, shale creation has effectively started to fall.